When playing any version of poker, you need to understand poker rules. These explain how to play poker, and you can learn the dynamics of a basic poker round. This can include the ante, big blind, small blind, flop, check, raise, call, and more. The actual rounds will all depend on what version of the game you play; an excellent way to learn is by using free games to learn how to play poker. However, we’ve also put together this guide below so you can learn Poker rules before you play for money.

To win, you have to create certain hands. Each poker variant has different rules that determine the payouts from the hands made. Below are the poker hand rankings, from the highest paying to the lowest.

When playing poker, you will find there are several popular variations. Each game has different rules; you need to learn these to be a successful player. Below is a brief overview of some popular games you can play today. You can also enjoy three-card poker, which has become a popular option since its rules are easy to learn, making it an excellent game for beginners. 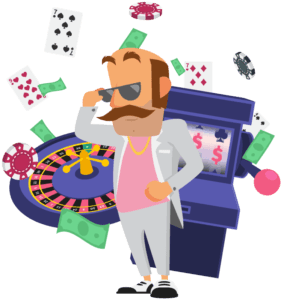 Texas Hold’Em is one of the most popular games being played. With this version, you receive two cards facing down, called hole cards. Three remaining cards will be dealt to the middle of the table, which are community cards. There is then a round of betting called the pre-flop. Two additional betting rounds are then played, with two more cards being revealed. Based on Texas Hold’Em poker rules, you must create the best-ranking hand using your two hole cards and any three cards on the table.

With Omaha Hi-Lo, you will play the game following standard Omaha poker rules. This version offers a split pit: one half is awarded to the winning best hand, and the other half goes to the low hand. 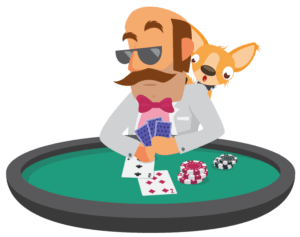 Five Card poker rules are relatively easy to understand. The game starts with one card being dealt face up and one face down to the player. A betting round follows where another card is dealt face up. This continues until five cards are in play, and the player with the best-ranking hand wins the pot.

With five card draw poker, the goal is to make the best five card hand after a single draw. This is the simplest version of poker played, and the poker game rules for this variation are straightforward to understand.

Below, you can learn some terminology that can be useful when you are checking out new games and trying to learn to play poker.

Vanessa knows everything about casinos! Be it poker, slots or blackjack - doesn't matter. See her articles and you'll quickly understand what makes her so special! Read more about the author