The CEO Of Great Canadian Gaming Forced to Resign - Find out why!
Industry News

The CEO Of Great Canadian Gaming Forced to Resign 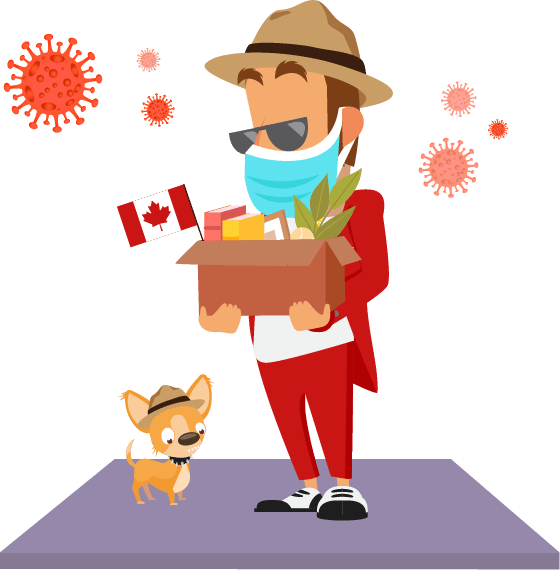 Rodney Baker, the CEO of Great Canadian Gaming, has had to resign from the position after he was caught flouting the COVID-19 pandemic guidelines along with his wife. The couple had traveled to Yukon from Vancouver in a bid to receive the COVID-19 vaccination. The rumors of their trip have been corroborated by the official at Yukon, who confirmed that the duo (Ekaterina and Baker) were ticketed on Jan 21 and charged.

They embarked on a trip to Vancouver and chartered a private flight to Beaver Creek. They went to a vaccine clinic that had been set-up to cater to the small population of people living in a community that is around 100.

Based on the report made by John Streicker, Community services minister at Yukon, the couple had presented a false identity where they claimed to be totally different people. They told the officials that they were workers at a motel around. One would wonder how long it must have taken the couple to plot the scheme.

John Streicker's job is to overseer the civil emergency measure act in the area. Locals that reside in this province are not required to show their Yukon ID before receiving the vaccine. The government allowed for the acceptance of health cards issued at other territories because the cardholder is a resident of the territory. Any visitor to Yukon is expected to stay at home in self-isolation for at least 14 days.

How They Were Caught

Suspicion arose when the couple was caught trying to leave Whitehorse via the airport, and the officials were tipped about it. The officials acted swiftly by investigating and pressing charges against the couple. The government of Yukon and White River First Nation's leadership is furious over the trick pulled by the couple as it not only goes against COVID-19 guidelines but also put the lives of many people at risk.

According to Angela Demit, a Chief in the area, she noted her people's concerns over the fact that vulnerable people and the elderly have been exposed to grave dangers over the fact that the couple couldn't wait for the vaccine to get to them where they were. She called the action a very selfish one.

Baker, the CEO of Great Canadian Gaming, made his resignation public the following day, although he never revealed his reasons for resigning. So far, the organization has also refused to speak on the issue. Rather than speak, they claimed that he was no longer connected with them. Who would want to be associated with such an event anyway?

Great Canadian Gaming, an organization worth over $2billion, has been piloted by Baker for over ten years. The organization's activity is very solid across four provinces in Canada, where they run 22 Casinos. The company is on the verge of being acquired by Apollo Global for $2 billion.

How the Company Reacted

It was revealed that the board of directors at Great Canadian are always tough against actions that go against the organization's values and objectives. They emphasized their commitment towards strict compliance with the government's directive and health protocol, especially COVID-19. The company added that it wouldn't tolerate any acts that contravene its standard and core values regardless of who is involved. It hinted that the former CEO probably went on the journey without taking the proper steps to carry the organization along, which is necessary before a trip can be permitted.

Currently, almost 4000 people have received COVID-19 vaccines from the authorities at Yukon. The region now doesn't have any COVID-19 cases, and only one life was lost to the pandemic during the heat of the viral attack globally. On the other hand, the region from where the CEO of Great Canadian Gaming currently has more than 4000 active COVID-19 cases.

Rodney Baker has joined the number of CEOs that committed acts that provoked strong criticism during the COVID-19 pandemic. Semler Brossy recently made a publication about businesses guilty of changing performance targets and rewrite bonus plans. However, some good bosses like Bob Iger, the executive chairman of Disney, gave up his entire 2020 salary. Top executives of companies like Air BNB and Marriott ended up giving up their paychecks in a similar fashion. Some are working round the clock to ensure that a drug or vaccine is created.

The Great Canadian Gaming Corps is a popular Organization in Canada involved in hospitality, entertainment, and Gaming. It currently owns 25 Gaming facilities across New Brunswick, British Columbia, Ontario, and Nova Scotia. Some of the Great Canadian properties include horse racing, interactive gaming, dining, hotels, and show theatres. The company's focus is to ensure that visitors enjoy a remarkable service, reward outstanding teams, and play a vital role in social responsibilities.

COVID-19Land-based Casinos
Previous Back to overview Next

Edna is curious and because of that she has tried every casinos strategy you can think of! Some work - most don't. However, if you're curious too, you should read some of her stuff here on Casino Vibez Read more about the author