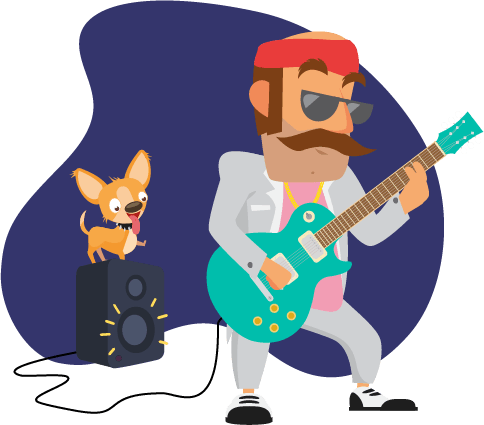 There’s a new casino coming to Rockford and it’s going to be spearheaded by none other than Hard Rock International, one of the most renowned companies in the world. The casino is set to cover a massive 64,000 square feet and will comprise a concert hall, sports book and bar, and plenty of dining options including the celebrated Hard Rock Café.

On the 5th of June 2019, the Illinois Senate passed a bill that allows a single license to be awarded for the construction of a casino in the City of Rockford. Applications were considered and Hard Rock International came out on top, triumphing over competitors, Forest City and Gorman. Both Forest City and Gorman proposed building downtown casino complexes, but Hard Rock International opted for the iconic Rockford Clock Tower site.

The Clock Tower site, which sits at the intersection of I-90 and East State Street, was once home to the Clock Tower Resort and the landmark 100-foot tower that accompanied it. The site offers direct interstate access on the I-90 and generates traffic of around 64,000 cars a day. The property is expected to produce $282 million annually in economic output.

Although the Clock Tower site will be home to the permanent Hard Rock Casino, the casino will first take residence at a temporary site located at Giovanni’s Restaurant & Convention Center on N. Bell School Road. While the City Council has approved Hard Rock’s proposal, the Illinois Gaming Board has yet to approve a license for the casino. Illinois State Senator Dave Syverson noted that the City’s approval was not the final step in the process but that, “It does allow Hard Rock to move forward with and for us to get the temporary casino up and running.” Construction at the permanent site can begin once the license is approved by the Gaming Board.

The permanent Hard Rock Casino is set to be a $310 million project that will create at least 1,000 permanent jobs and an additional 1,000 local jobs during construction. Hard Rock will also be investing in local organizations and charities. The company will be investing $1 million in the Rockford Park District, which will include the construction of an outdoor amphitheater at Levings Lake, a youth music studio at Washington Park Community Center, and improvements to the Sinnissippi Park Music Shell. Hard Rock Casino Rockford will boast numerous gaming and non-gaming amenities. Some of the highlights are:

Hard Rock International carries an impressive global awareness of 82% and has branded venues in 75 countries. The company owns the most valuable collection of music memorabilia in the world and will be partnering with Cheap Trick guitarist, Rick Nielsen, whose signature branded merchandise will be sold in the Rock Shop. The Rock Shop will also offer retail by Karen Nielsen.

The Hard Rock Live! entertainment venue is proposed to be a multi-purpose event center with a total showroom space of over 22,000 square feet. It will host regular concerts and feature the best audio and visual technology available. Artists will be both local and international, with the concerts expected to draw crowds from neighboring areas and beyond.

There’s no doubt that the Hard Rock brand, and its stellar reputation, will help the success of the new development. The company has won many awards in recent years such as the 2018 Global Gaming Awards. It was the first gaming company ever to hold investment grade ratings from all three rating agencies: Standard & Poor’s, Moody’s, and Fitch. Hard Rock will be hiring locally and running Leadership Training Programs including Women in Leadership, School of Hard Rock, and Walk This Way.

While plans to get the permanent casino up and running are underway, we can look forward to visiting the temporary facility in the meantime. The temporary casino is projected to be operational within 90 days from the granting of the license by the Illinois Gaming Board.

It is estimated that the temporary casino will be open for a period of 18 months to two years and will require an additional $8 million investment. The casino will host 736 slots covering an area of 20,965 square feet. There will be a restaurant, bars, and a Rock Shop for patrons to enjoy.

Land-based Casinos
Previous Back to overview Next

Edna is curious and because of that she has tried every casinos strategy you can think of! Some work - most don't. However, if you're curious too, you should read some of her stuff here on Casino Vibez Read more about the author